Pregnancy, I firmly believe, is a hallucinatory state.

When I was five months gone with my first son, I began to neglect my dog. I had repeated car accidents. I left the groceries standing by the side of the curb, while I drove away toward home; and I even managed to hear voices.

One of them was Jane Austen’s.

I had been rereading Austen’s oeuvre, as I do nearly every winter. Her prose is peculiarly suited to the winter months: to sharp frost twitching the nose, reddened fingers, a sofa or chair pulled up to a good fire, a glass of sherry at hand. I love to read Austen when it rains—particularly if the book is Persuasion, her last and most autumnal novel. The damp seems to seep directly from Kellynch and the shingle of Lyme, from the foxed pages of an old volume, to pool around one’s feet as the chapters slip by.

This particular winter—February 1994—I had read Austen to such an extent that her syntax and oddities of speech had infiltrated my own. The third-person narrative voice of Austen’s novels is passive in its construction; and the dialogue always operates on about four different levels, replete with meaning. It is utterly at variance with the operative mode of our day—the sound-bite—which in its didactic simplicity, communicates nothing. I reveled in Austen’s speech. I adopted it as my own.

I was, I am convinced, channeling Jane.

I sat down to write what she told me.

And what emerged was Jane and the Unpleasantness at Scargrave Manor, a fictional edition of Austen’s long-lost journal, recently unearthed in the cellar of a Georgian manor on the outskirts of Baltimore.

(I am fortunate enough to possess a beloved friend by the name of Philip Carroll, whose Georgian ancestor, a signer of the Declaration of Independence, built just such a manor. It is the perfect sort of place for an American cousin to deposit, and forget, Jane’s private diaries.)

I had studied Napoleonic France during my undergraduate years at Princeton; I now undertook to master its corollary, Regency England. I knew Austen’s books, Austen’s characters—but very little about Austen’s life.

I turned to the primary source on Jane: her collected correspondence; and to the excellent secondary sources on her life that fill the bookshelves of most libraries in the world. In the letters, however, I discovered the best character of all: Jane herself.

When Austen wrote to an intimate—most frequently her sister, Cassandra—she was Jane Unbound: caustic, funny, judgmental, dismissive. She possessed and dominated everyone she knew by subjecting them to her wit—and she delighted in the past time. This was a Jane remarkably equipped to investigate murder, a Jane who understood the power of motivation and the essence of the human heart. She delighted in the absurd, punctured the ridiculous, and demurred for no man. She was heroine to die for.

I wrote Scargrave Manor well before any of the films of Austen’s work—Persuasion, Sense and Sensibility, Pride & Prejudice, Emma, or Mansfield Park—appeared on the screen. But the book’s publication in the spring of 1996 appeared perfectly timed to capitalize upon the rediscovery of Austen’s fiction. For this apparent prescience and monetary aim, I was at times castigated; and at others, ignored. With each subsequent novel—there are presently eight, with a ninth currently in the works—Jane’s audience, however, has grown.

I think that she would have been delighted. Novel-writing, in Austen’s day, was regarded as a frivolity, for the simple reason that it depicted life as it was actually lived—and because its primary readers were women. Mystery novels fill a similar gap in the twenty-first century: in stories of detection, we study conflict and its resolution; we reimpose order on a chaotic world. Had she lived, Jane would be writing detective novels today. How much better, then, to star in them? 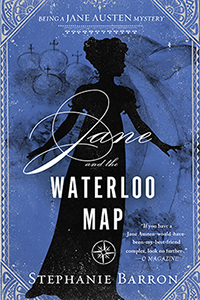 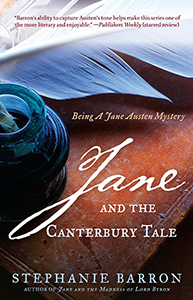 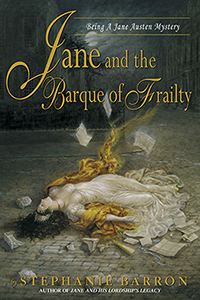 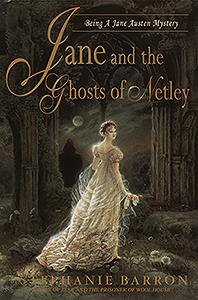 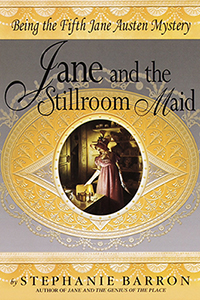 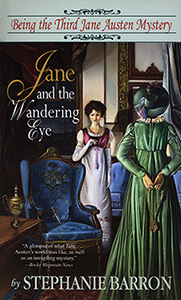 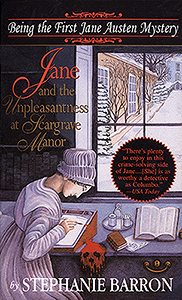 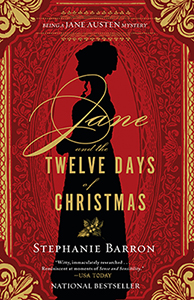 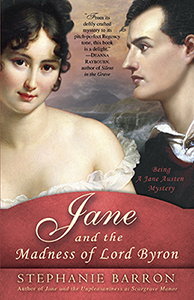 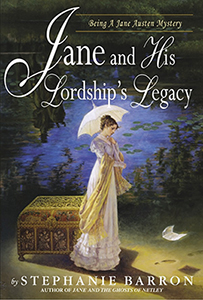 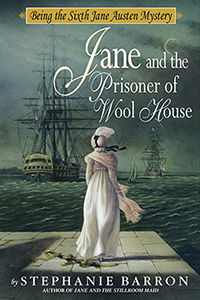 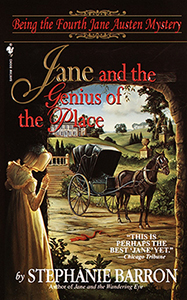 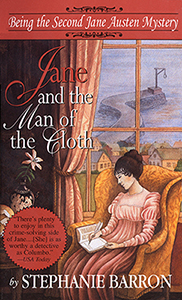