On Writing About Terrorism

In the last six months, I’ve visited six different reading groups around the West and I’ve learned two things: there are fewer conspiracy theorists than before, and the espionage/thriller genre no longer languishes from a suspension of disbelief.

Writers are now asking themselves: do we act irresponsibly when we explode buildings, bomb planes, or kidnap the innocent? Do we exploit the national sense of vulnerability and the parasitic interest in victims that catastrophic events usually inspire? Can fiction, finally, help make sense of the inexplicable?

I’ve thought about these questions a good deal. That terrorism can strike home has caused readers to exhibit renewed interest in the workings of intelligence in detection and prevention of threat, whether through analytic or technical means, and in the nature of the people behind the violence. Suddenly political plots are credible again, and government officials can be heroes, without snickering.

We will always turn to fiction to make random violence, vulnerability, and uncertainty more comprehensible. By tackling these issues through the lives of compelling stories and characters, readers make use of an important psychological outlet for their own fears. In the resolution of plot, they find a comforting hope that most threats can be handled. And through a mastery of the facts that underpin all fiction, they are able to educate themselves about the issues behind the terror.

It is no longer enough, however, to offer a faceless corporate enemy—the terrorist group, the evil national state, the menacing Hitler—combated by an all-powerful government. I believe readers in future will be most engaged by the subject of how these threats strike home: how an average American man or woman takes the blow in the gut, and how he or she rallies the strength to deal with it. The political novel must get personal, and offer the reader a human experience of terror as well as the individual’s attempt to fight it. 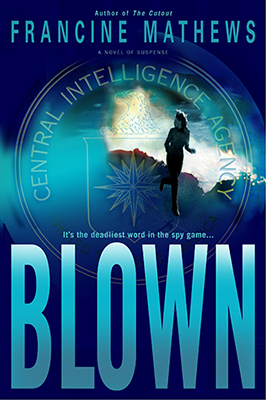 Of Mad Dogs and Agency Men

On December 21, 1988, Pan Am Flight 103 was blown out of the air over Lockerbie, Scotland by a team of Libyan terrorists. Of the two hundred and fifty-nine passengers murdered that night, three were intelligence officials who had spent months attempting to negotiate the release of American hostages held in Beirut, Lebanon.

A fourth man from the CIA’s Beirut Station—a man I’ll call Eric—was supposed to be on the plane as well. But he was the most junior diplomat of the four, and when last-minute business arose a few days before Christmas, he was left behind to handle it. Eric had a pregnant wife waiting for him at Dulles Airport. He finally arrived, days after the deadly blast; but he went right back to Beirut when his vacation was over. He took agent meetings in bombed-out warehouses with a grenade for protection; he never idled near abandoned cars, in case they were packed with explosives; he took a different route to the embassy every time he approached or left. Eric’s stories about his stint as the sole Agency presence on the ground in Beirut, in the months before the Station closed, became a mandatory briefing for incoming trainees. I sat among them in the fall of 1989; and Eric’s passion for intelligence work—for the adrenaline rush of outwitting the bad asses of the world—persuaded me to work for a few months in the Counterterrorism Center, on the Agency’s branch investigating the bombing of Pan Am 103.

Even after my paramilitary and tradecraft training, after rotations through a variety of offices that taught me my craft of intelligence analysis, I was haunted by Eric’s story. We became acquaintances, lifting weights together in the Agency gym. He never missed an opportunity to urge me to plunge into Operations work—because a case officer is always recruiting, even among his friends.

I could not meet Eric, however, without asking myself a question: What if no one—not even his wife—had known that he gave up his seat on Pan Am 103 that day? What if he was believed to be dead in the plane? What if he’d stayed on the ground in Beirut, under deep cover, in order to nail the people responsible for the bomb?

And what if, years later, his wife saw Eric alive and well—a member of a terrorist organization perpetrating yet another deadly hit against the United States?

And so the premise for The Cutout was born.

I’ve loved the world of espionage from the time I was a kid. I used to read John LeCarre and Ian Fleming, and I’m still a sucker for every Sean Connery Bond film ever made. But it’s hard to be a woman and love spy stories. Women, in the world of espionage, are sex toys for the big boys; or they trip and die horribly while attempting to escape in their high heels. There are no role models for women in spy fiction. But there are plenty for women at the CIA.

The CIA was the first government agency to open a daycare center. It’s a place where a good part of the employee population looks like me—women in their thirties with two kids under ten. In the four years I spent there, I had three different women managers in my direct chain of command, and they taught me everything I knew. I came to understand, while rapelling off a helicopter skid with an M16 strapped to my back, that women have always been capable of doing a man’s job. They just do it differently.

In my training squad of nine women—the Mad Dogs, as we called ourselves—it was common to show up late for breakfast after our forced march each morning, because we spent a few extra minutes drying our hair. We routinely carried lipstick in our ammo belts, carefully chosen to blend well with desert camouflage. But we could endure our survival training alongside the men; we could ambush the unsuspecting and fire an M50 grenade launcher and navigate terrain in the dark. We were sometimes better at picking out the subtleties of intelligence information that completely eluded the male mind. The months of training paid off in a boost of self-confidence, and the knowledge that I could depend upon my body as well as my head.

When I left the CIA and began writing novels, I remembered Eric’s story. But instead of writing about a cowboy with a cause, I wanted to write about the wife he’d left behind. A woman who thinks for a living—who wanders among the wilderness of mirrors that is the world of espionage, and sees far more than her own reflection. I wanted to write about Mad Dog, as well as Eric. Because her story’s never been written before.

I hope you find it worth reading.